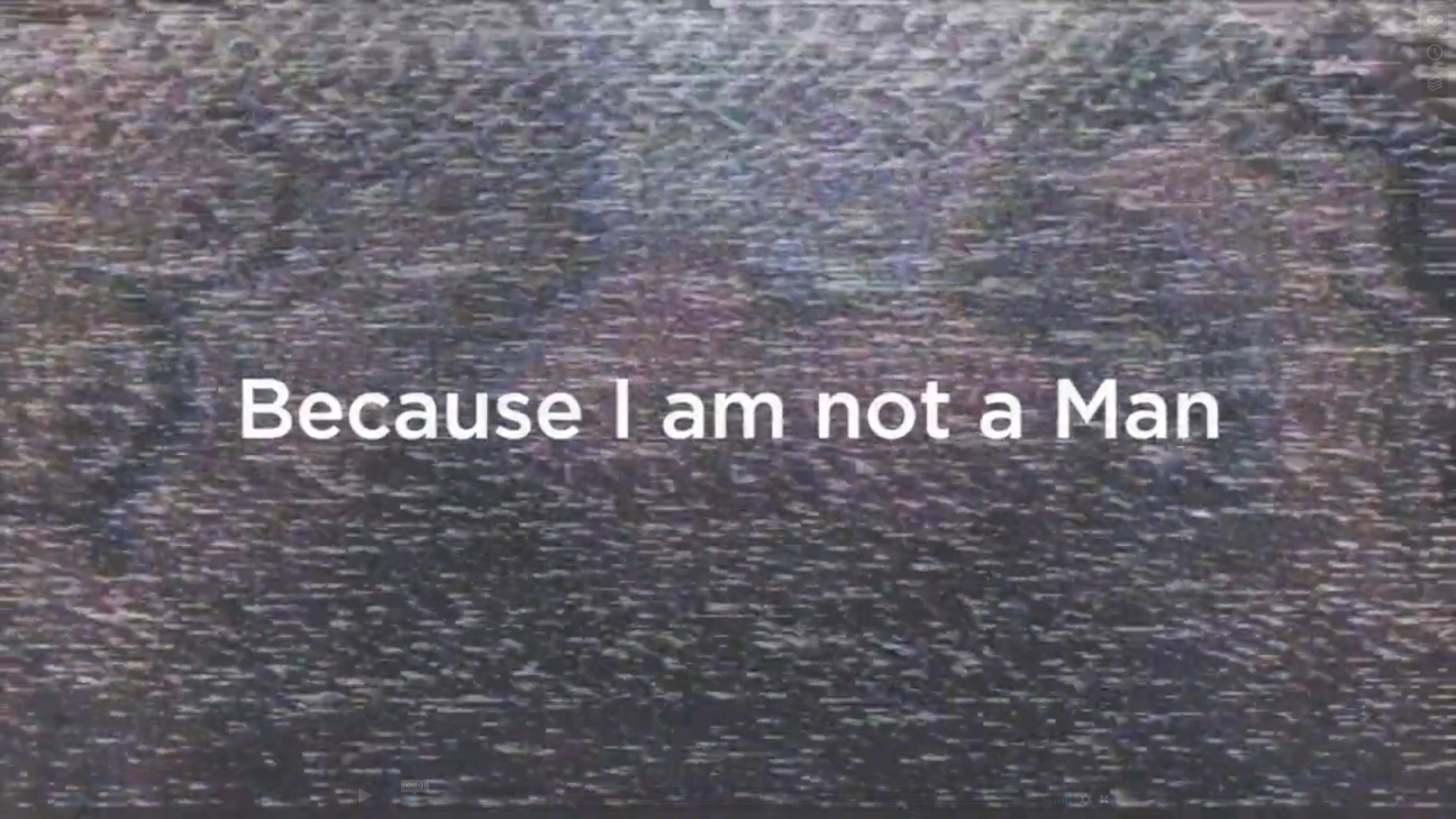 Because I am not a man
video installation / director, camera, editor, performer, art director /2 min / 2016

Most of the things i will write about this project are emotions and not ideas.
“S” is voice’s name, of a transgendered Egyptian.

I see myself represented in her voice, i identify with the lostness of living something but in reality wanting something else. i sense the heaviness of the society judgmental and oppressive opinion over a thought that crosses the mind and fills the body of a person who decides to be out of the box and how much it affect taking a simple decision. the disappointment of feeling something on the inside and seeing another thing on the outside.
What led “S” to several attempts of committing suicide?

During the episode, despite her identification, the presenter addressed “S”as a man. This kind of verbal aggression would usually place a person under pressure, however “S” was calm and focused, so much in touch with herself that she did not correct him, not even once. She came to the talk show veiled, sitting there talking about her life, sharing her pain and her experiences in a society that has repeatedly violated her. She repeated many times, in different ways: “I am female, I am a woman, I was never a man, I don’t want to keep pretending that I am a man, I feel good when people look at me as a woman.”

her voice remain in my head strong and immortal, it has made its way into my library my memories and gave me a reason to cry. I have had this footage for over one year. Long before I heard her voice, I had already shot the footage while in the hospital. I could never have imagined then that it would end up with Sandy's voice.

what would happen if we take someone voice and put in someones else body / if we take a very famous building from New-York and place in Berlin ?

My aim is to visualize the problem and to break the idea that our gender is related to our sexual organs.
There is a problem in “S’s “life, such an intense problem that she attempted multiple times to commit suicide. Her problem is the COCK, that is still there in her female face but what about the urination, which is a gender-neutral act: We all need to urinate, to remove this toxin from our bodies, no matter how we expel it.

“S’s”statement, “Because I am not a man,” has a particular value in the location where it was said. A place where men receive so many privileges merely based on the gender they belongs to. Yet Sandy decided to give up all of these privileges, and challenge a conservative, harsh and rigid society.

These are some extracts from the comments on the YouTube link:
God save us and our children from the plague.
God heals all patients.
اللهم نجينا و اولادنا من كل بلاء
الله يشفي كل مريض

Sandy I am like you, I'm tired psychologically… I'm from Kuwait… and I have the same feelings like you
ساندي أنا مثل حالتج أنا تعبانة نفسج…أنا من الكويت…وتعبانة عندي نفس احساسج

Anyone who likes this kind of people or supports them, surely he is deviant like them
اي حد يحب الاشكال دي او يتعاطف معاهم اكيد شاذ مثله